The CAP’s primary goal was to develop high-level strategies to restore the health of and abate priority threats to freshwater ecosystems across the state, and in doing so help inform the resources needed to implement strategies.

Nevada is the driest state in the U.S., but ranks 11th in species diversity, including over 150 endemic species dependent upon freshwater ecosystems.  Five major types of freshwater ecosystems were identified as conservation targets: Great Basin rivers; Mojave Desert rivers; desert springs; freshwater wetlands; and montane wet meadows.  A set of focal landscapes was selected for each target. 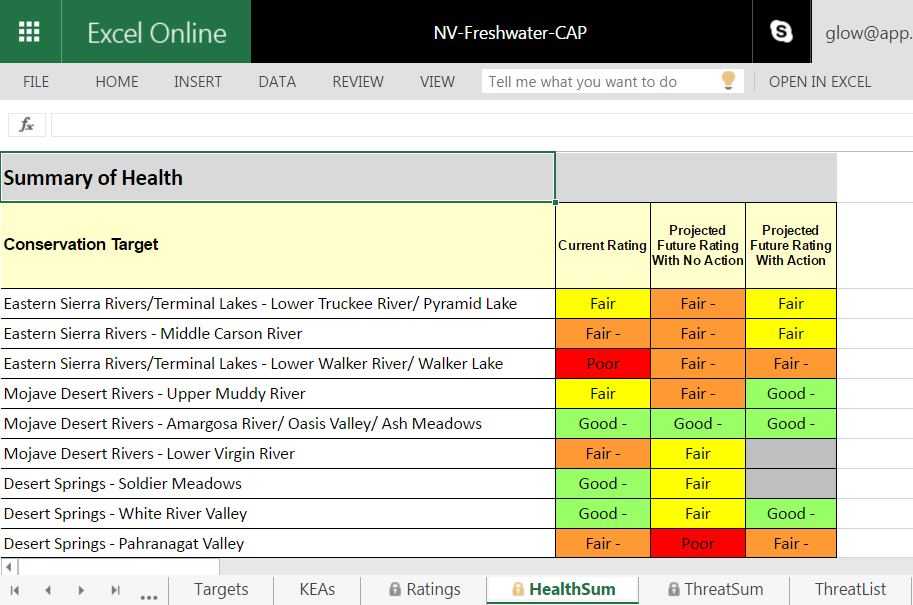