Chile is the endemic home to the world’s southernmost palm tree, the Chilean Wine Palm.

For centuries, the tree has been heavily exploited, largely for its sap used to make palm honey (a practice that was not regulated until 1941). Chilean Wine Palms used to number in the millions but are now estimated to be fewer than 130,000.

La Campana National Park is home to the largest surviving population of Chilean Wine Palms (about 60,000 individuals). Identifying this population as a conservation priority for the park in 2016, the Chilean National Forest Corporation (CONAF) decided to use all stages of the Conservation Standards in their work to help rescue and save the trees. 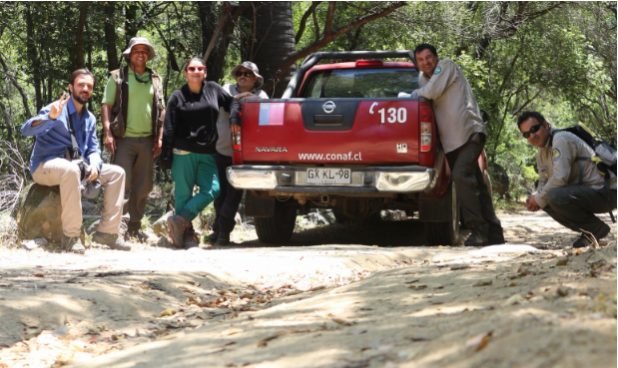 CONAF writes that “The adoption of the Open Standards for Conservation and the selection of the Chilean Wine Palm as a conservation target perfectly met the park’s management needs.” (p. 2)

Encouraged by the Conservation Standards’ potential, they designed conservation plans for the palms that follow the Standards.

Other steps they took include:

Learn more about CONAF’s work below.